On the 21st of March  the first Local Public Consultation took place in Barcelona. Encouraging dialogue between citizens and European policy makers and thus minimising the “gap” between the European Union and its citizens. The event was organised by JEF Catalunya and ‘Fundació Ferrer i Guàrdia’, with the support of JEF Europe. The main topic of the LPC in Barcelona was youth unemployment.

At the event young people got the opportunity to interact with top candidates to the European Parliament in the upcoming elections.

In the first round of discussions the participants were divided in four groups in order to talk about how to fight  youth unemployment, since more than 55% of young people are out of work in Spain.

However, when tackling youth unemployment you need to look at the broader perspective so the discussion focused on four main points:

1. Youth mobility
2. European basic income
3. Productive model and two-speed Europe
4. How to include youth perspective into the European project.

Results from the debate
Each group selected a representative to present the questions they came up with to the candidates from the political parties to create a fruitful dialogue.
Javi López (Partit Socialista de Catalunya), Ramón Tremosa (Convergència i Unió), Juan Millán (Partit Popular), Jordi Solé (Esquerra Republican de Catalunya) and Ernest Urtasun (Iniciativa per Catalunya Verds – Esquerra Unida i Alternativa) were the representatives that met with JEF Catalunya.

1. Youth mobility
Is youth mobility a voluntary, or is it a “forced” exile instead? This is the main question that came up in the meeting related to this topic. As a consequence of youth unemployment, many young Spanish people have moved to another country in search of better job opportunities.

All the Catalan candidates agreed that the exit of young people abroad is a serious problem because in this way Spain does not keep the talent that the country will need to recover from the current economic crisis. On the other hand Spain’s labor market is not ready to accommodate so many people with high education.

Candidates also underlined the consequences of youth unemployment:
1. Social: an entire generation has been excluded from the labor market.
2. Institutional: it is difficult for a generation outside of the society to feel represented by their public representatives in the institutions.
3. Economic: the best educated generation, in whom it has been invested a lot of public funding are forced to migrate – and will not contribute with their taxes.

To fight against youth unemployment it is necessary to invest in education and to stimulate entrepreneurship. Some of the representatives also thinks that the European Union has to make a plan against “forced” exile as well as provide information about what it means to work in another country to young people, since the youth do not have enough information on this.

2. European basic income
In this area there are different opinions. Some see a minimum income on the European level as a positive step towards more solidarity. Others see it as a disadvantage to generalise the basic income, as it is more important to stimulate  growth and production.

3. Productive model and two-speed Europe
The massive precarious working conditions and the low cost economy that rises from the current economic policy seem to create a two-speed Europe. Europe has to change the macroeconomic and budgetary policies. The proposal from the local public consultation in Barcelona is that it is necessary to consolidate a European Union economic model based on what works, taking into account the best experiences and examples. There are many “Europes” but it is important to converge the economies to better social standards.

In order to secure the rights of the youth it is necessary to have an ombudsman for youth rights in Europe.

As a conclusion, it is essential to rescue the soul of Europe and the European project: sharing a space with a common dignity. For this purpose, we need the tools of the twentieth century: public budgets, labor and tax standards, and minimum income. We need to put all these tools at a continental level, because it is the only way to protect all the progress that we did in the twentieth century. 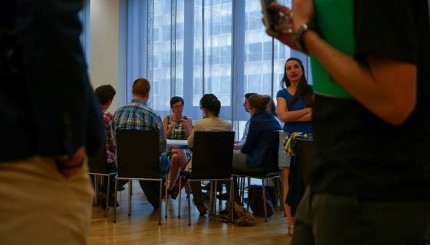 Outcomes of the Café Europe debate in Brussels

The MovEurope bus travelled across Europe for three weeks, engaging with people of different ages… 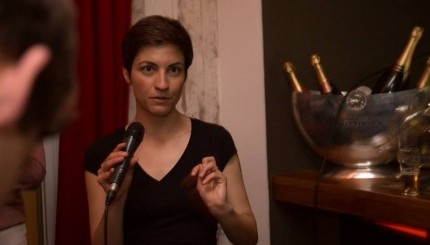 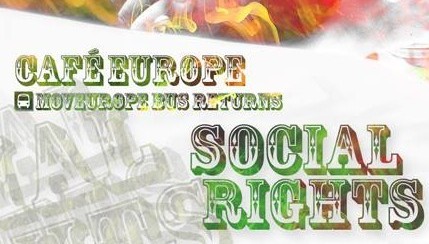