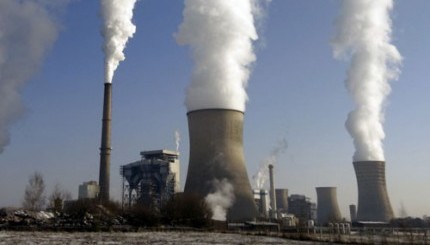 JEF presents the alternatives you face in the election. This week we present the views of all Political Party Youth Organisations (PPYO’s) and JEF-Europe about climate justice. Last week we published their views on migration.

EFAy – European Free Alliance Youth: It is important not to forget that the environment is a common good that we must preserve, thus tackling climate change should be one of the key EU policies as a global leader in the field. Such a policy should be implemented according to both the principles of multi-level governance and of subsidiarity. In order to guarantee the protection of the environment as part of our common heritage from which we all benefit, a more solid European policy must be protected from the influence of lobbies and multinationals. Such a policy should focus on increasing investment in clean energy, phasing out nuclear power plants, supervising sustainable and local energy models, energy efficiency, and adopting a common policy in order to avoid environmental inequalities within each country, between countries, and between the EU and third countries. A stricter regulation of access is needed for multinationals and lobbies to European institutions.

Federation of Young European Greens – FYEG: The climate crisis is already affecting millions of people in developing countries and has only just now started to affect the western world too. The question of Climate Change is central to our societal development. On the global scale this crisis is already causing thousands of dead and forcing people to migrate. The European Carbon Trading Scheme has proven to be not efficient. In the mid range, we need to tax carbon emissions, based on the principle ‘the polluter pays.’ In the short term the emission certificates mustn’t be issued for free. We believe that the only way to solve the climate crisis is to go for 100% renewables. Mitigating technologies like Fracking or Carbon Capture Storage do not work and should not be pursued. We strongly support creation climate fund for countries affected by disastrous consequences of climate change.

European Liberal Youth – LYMEC: On a global level it is of the greatest importance that developed countries take the lead towards sustainable development. This means that developed countries must turn to sustainable energy consumption, developing renewable sources of energy and reduce significantly their emissions of greenhouse gases. We support a European energy super-grid that connects all energy markets, fostering the development of greener sources of energy, increasing the stability of energy supply and allowing a European energy market to emerge. LYMEC defends a common European environmental policy to set up minimum standards, take the environment into account in all European policymaking areas and allow scientific research and market development of cleaner sources of energy.

Young European Socialists – YES: Protecting the environment is essential for the quality of life of current and future generations. The challenge for both developed and developing countries is to combine this with continuing economic growth in a way which is fair and sustainable in the long run. Energy efficiency must be emphasised at all levels of domestic and commercial life across Europe. Passive and active houses should become the building standard in all newly built houses in Europe. For the introduction of taxes, the principle of ‘the polluter pays’ has to be the guiding principle. The European Union can only be effective on environmental issues if there is a global approach towards fighting climate change. The EU should lead by example and work towards a progressive global consensus on addressing climate change.

Youth of European People’s Party – YEPP: Europe should stand together on climate protection and follow a new energy and climate change policy towards a competitive economy. We should be the frontrunners in low-carbon technologies, as well as in the clean-tech sector. European climate and energy policies must also safeguard industrial sectors facing fierce international competition.

Young Europeans Federalists – JEF Europe: Are we seriously going to wait until we feel the effects of climate change in our daily lives, before we start tackling this problem as a common union on the global stage? The EU is slowly becoming more democratic and effective. But is it fast enough? Can we really go on like this? Our leaders are only building more disillusionment, by acting this reluctantly. If we don’t move Europe forward, we risk falling back again. 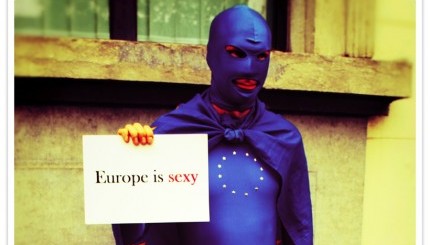 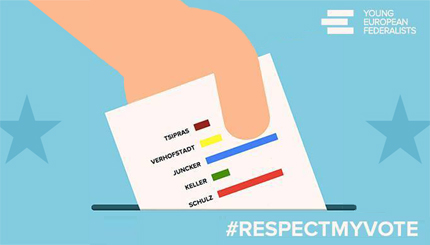 Ask your Head of State and Government to respect our vote!

For the first time in the history of the European Union, in line with our…